Unfortunately Angel is sick today, but that means I finally have the opportunity to expose all of the classified secrets that I have been forced, at the threat of torture, to keep from you. These tidbits of knowledge are so secret that through exposing them I may lose my job, but that is the price of the truth!

First I will expose the secrets of committee. Many people think that with how competitive the admission process has become a lottery process would be the fairest way to determine admission status. I just want to let you know that at Pitzer we DO NOT use monkeys and a dart board to determine admissions….we use chickens. That’s right, we don’t even bother to read your applications. Instead we spread them out over the floor and release a group of chickens into the room. Whichever application a chicken lays an egg on is considered an admit. Obviously chickens can only lay so many eggs a day, which is why it takes us 2-3 months to make our “decisions”.

A well hidden secret about the origin of the college, the original plan for Pitzer was to be a theme park for the other 4 colleges. We were still going to keep our orange theme, so there were going to be the Citrus Breezer, an Orange Peel Slid from where Mead is and the Pitzer Pinwheel where the Admission Office is located. Cecil was set to be the equivalent of Mickey Mouse ©, but unfortunately, due to copy-right infringement we were forced to become a college instead.
Now for the nasty truth about our tour guides. So I don’t know how many of you saw “College Road Trip”, but they actually took the idea of hiring actors to make campus look nice from us. All of our tour guides are actually professional actors and not Pitzer students. If you look closely you will notice that Ben actually was an extra in “Superbad” 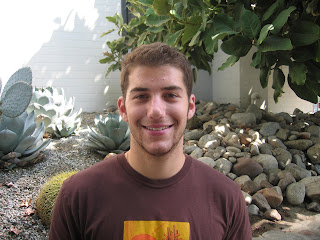 and Pamela was a cheerleader in “Mean Girls” and “Bring it On Again”. 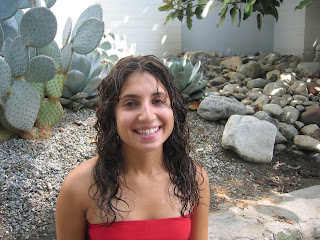 Sometimes they are so good that we hire them as full time counselors. Constance was actually the star of “Dangerous Minds” and has been living a lie for the past 5 years.
The only reason I have been allowed to expose these secrets is to soften the bad news. Due to the current economic crisis, Pitzer will no longer be open to students. We are becoming a full research institution/Ultimate Frisbee team. In fact all of our current students are being forced into non-paid research spots, that is those who don’t make the ultimate Frisbee team.

So I am sorry to have gotten all of your hopes up, best of luck with next year and happy April Fool’s Day !☺


(Nothing in the above post is serious. So you don’t need to call to see if we still exist as an educational institution.)
Posted by Mattie Ross at 4:19 PM