The winner of the Haiku Contest is……Justin Voss.

This means he gets to publish his back up haiku. (and will forever lord this victory over me) [That’s right Daniel! My superior haiku truly encapsulated the essence of Pitzer through the experience of the Grove House. I would like to thank all the little people that made this victory happen. Namely, myself for creating such a wonderful haiku.- JV]
(As one of Justin’s many rewards for winning the contest, I am letting him hijack my blog all week and add whatever creative comments he wants. Note creative comments, not constructive *sigh*)

Blue bird of the night
Show me all your sagehen might
Best run out of sight.

Justin won with 2 votes, followed by a tie for second place between Jasmin and Angel, who both got 1 vote, and in last place me, with 0 votes. [Wait, only 2 people voted for me? Well, a win is a win. – JV]

The order of the haikus was:

This means that Jacey guessed the order correctly. Very very impressive Jacey, I guess you know us too well.
I also liked the haiku you posted to the blog [me too, we may have to steal this for something- JV].

An education
of art, dance, music, and thought
breeds the culture sought
-by Jacey

What I am confused about, is how everyone single person guessed which haiku was mine, and yet no one voted for it. What’s up guys?????? [Danny, did you read yours? –JV]

All bitterness aside, we are holding our committee for Early Decision this week. Committee is a very misleading title. It sounds so soft and friendly, but after discussing files for 5 hours the title takes on a whole new sinister meaning. On the plus side we get to come to work in casual dress. YAY!

Take a look at us putting together the acceptance packets 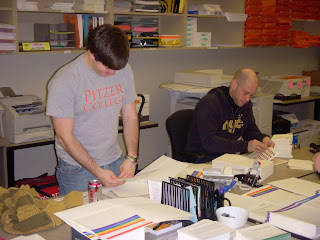 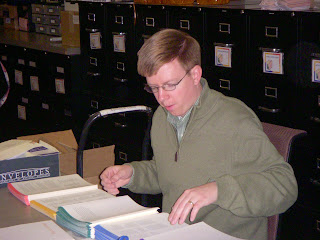 So remember boys and girls, when you get those letters in the mail, it was the Admission Counselors who shed blood, sweat and tears (and suffered many paper cuts) to get you that nice acceptance packet. The letters will be in the mail by this Friday, December 19th, so don’t start checking those mailboxes quite yet.

Since we are rapidly running out of time for Where in the World is Cecil the Sagehen, I decided to go with the trickier to two photos. So where is Cecil today? [Let the record show that most of these pictures have been mine. If only Ansel Adams took pictures of Sagehens across the country, imagine how famous he could be- JV] 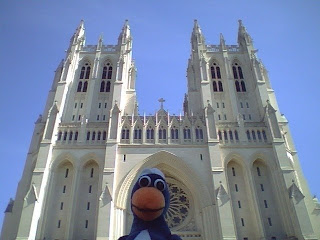 Email ThisBlogThis!Share to TwitterShare to FacebookShare to Pinterest
Labels: acceptance, Admission, counselor, December, Haiku, Justin Voss, mailing, Where in the World is Cecil the Sagehen

This is Washington National Cathedral in Washington, D.C...

I guess you could say I have the hometown advantage on this one... It's a beautiful space, really makes for great choral concerts!

Thank you Jonathan. My Haiku was amazing. Enjoy the upcoming posts.