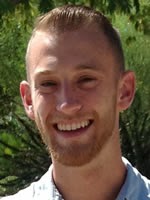 The official mission statement of the Green Bike Program is centered “the reuse of old bikes and parts” providing “community members free access to bicycles, tools, repair lessons,” any member will tell you our bike-related events exhibit the spirit of the Pitzer GBP.  Two weeks ago, the GBP hosted the second annual “Green Bike Program Olympics.”  The structure of the Olympics was simple and ridiculous – open to all Pitzer students, teams of two represented countries from all around the world, including Nepal, North Korea, Antarctica, Finland, and more.  Of course, costumes were highly encouraged.  Lauren Phipps and I, representing Antarctica, won this contest hands down.

After taking a Green Bike Program photo, contestants began a series of rigorous bike related challenges. First off – Cog Ninja-stars. Contestants lined up ten yards from a painted target and hurled a small bike cog, some with deadly accuracy. Needless to say, through harsh winters and cold summers, Team Antarctica had plenty of practice and won this contest with the first toss (bull’s-eye!). Scores were taken, giving each team a first, second, and third place. From there, we all moved out on to the grassy mounds for our “Huffy-Toss.” Outside of our shop, bike frames litter the concrete, providing prefect props for an event that mirrors tossing a discus. Teams lined up and one by one hurled a heavy and unwieldy metal frame as far as they could. As entertaining as the distances teams could throw the frame (or lack there of in most cases), interpretive and creative tossing-techniques paralyzed the observers with laughter. 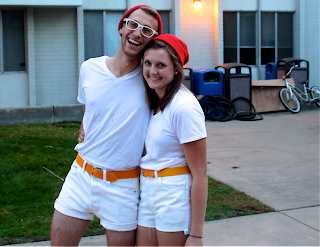