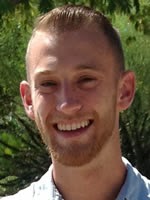 When I arrived here in early August to prepare for the arrival of our new first years, Pitzer’s campus was eerie. “Pitzer is a shell without you students” was the go-to elevator speech administrators used in lieu of a simple “Welcome back!” I could see it, yeah, the school is a lonely place in the summer – no students clumsily slack-lining on the mounds, no barefoot Pitzer folk walking to class, and no Grove House sandwiches with home roasted turkey and balsamic parmesan spread for several months!

When I took a stroll through campus, however, I felt a loneliness that no one else had mentioned. NO BIKES. ANYWHERE. Whereas I occasionally had to resort to locking my pitzermobile (an orange single speed, so fresh) to handrails or my friends’ bikes, the sight of my bike all alone on the ribcage rack outside the residence halls caused me a tiny bit of anxiety. I felt like that dog owner who locks their pup up to a pole outside and walks away (HOW COULD YOU).

At the risk losing your attention by talking about bikes in all my posts, they’re kind of a huge deal here. Students, faculty, and staff ride everywhere – around the campuses, out to L.A.’s monthly Critical Mass, and of course bombing down Mt. Baldy before 8am class.

One of the most ambitious rides is the first-year orientation trip Pedal to The Pacific – a trip where students bike from a starting point to a handful of beaches over several days. The title is deceiving, however – we don’t actually bike fromPitzer to the beach, but bus from campus to a park along the San Gabriel river and start from there.

Although I had participated on this orientation trip three times now, this Saturday was the first time that I actually pedaled to the pacific. As part of Pitzer’s 50th anniversary celebration, 50 students, faculty, staff, and Claremont community members set out for a casual 50-mile Campus to Coast ride. Starting from the lot adjacent from the Green Bike program, a diverse amalgamation of road bikes, cruisers, hybrids, and even one tandem set out for a pleasurable four hour, mostly down hill ride to seal beach. We toured through sunny Claremont and San Dimas before hitting the San Gabriel River trail, took a pit stop at Liberty Park for lunch, and planted tires in the sand just after one in the afternoon. I felt like a first year again, biking next to fellow Pitzer folks who I hadn’t met before and eagerly tried to get to know. At the beach, students swam and surfed (an awesome reward after a half-century ride!)

Aside from the fact that I can honestly say that yes, I’ve pedaled to the pacific, this ride incorporated so many aspects of why I love this school.  For one, yeah, there’s a collective effervescence when a large group of people hit the road on bikes.  This, of course, happens all over the place; what was unique about this ride was the diversity of participants.  Students from all four grades, graduates, faculty, professional staff, deans, and even two moms who “new some nice kids who went to the Claremont Colleges” came together and bonded over some exercise outside.  Some wore spandex suits.  Others wore flip-flops.  Everyone biked 50 miles; everyone pedaled to the pacific! 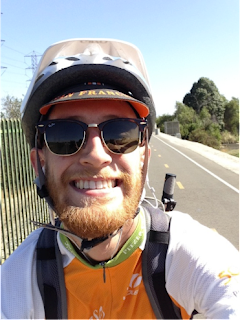 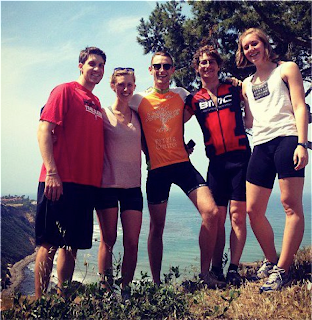 Posted by Cecil Sagehen at 2:44 PM